The Journey with Ms. McKinley 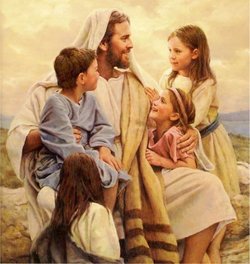 ﻿As Catholic leaders, we look to examples of leaders whose paths we have crossed and leaders who have shaped us in our faith and daily endeavours. Looking at the lessons we have learned from the bible helps us to see examples of true leadership and how important true leadership is. When looking to the ultimate example of leadership, for many, Jesus comes to mind. A mere mortal, he had to adapt his leadership skills for the groups he was working with. He faced criticism and ridicule, but had to be unwavering in his beliefs to best meet the needs of his followers. At times, his decisions were difficult and strenuous, but Jesus remained strong. It is because of these reasons that we can look to Jesus as the ultimate example of leadership.

Leading like Jesus means watching very carefully the people who surround you and tending to their needs. Recognizing that full devotion must be given to those who you are leading in order for them to see that you care and that you are committed to the betterment of the group you are leading. Moreover, it is about placing expectations on people that you fully expect to follow yourself. Jesus did not lead his people and then act in a way that contradicted his teachings. He understood that he needed to be the example and show commitment and unwavering beliefs. He did not expect things of others that he did not expect of himself.   ﻿